Today's two-fer is a pair of pre-WWII pieces.  The first one is from Amanda, who sent us yesterday's item and a bunch of others.  This is from 1938 from the famous political cartoonist Herblock who here is making the case against the pre-war isolationism that was quite thoroughly prominent in the U.S. before the war (the hard-to-read caption says "Is this what you mean?") 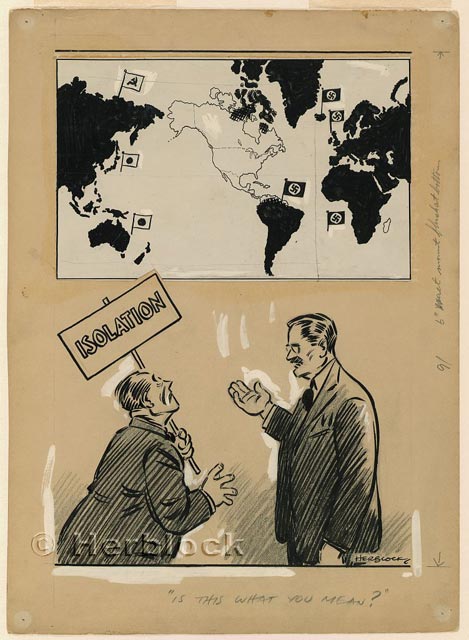 The second item originally ran in U.S. publications and came from the Nazis in an attempt to support that isolationism.  This illustration was re-published in the book How To Lie With Maps by Mark Monmonier as a prime example of propagandistic maps:

Extra points to anybody who can name all those landmasses on the right.
Posted by El Cucui at 12:47 AM