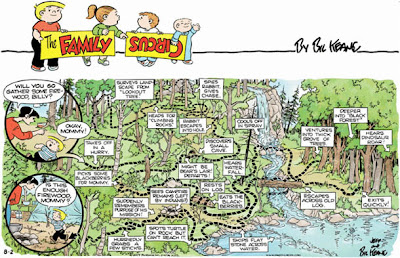 The two most map-related regular features of Family Circus by Jeff and Bill Keane have been Billy's pun maps, and the kids' wandering-around-dotted-lines.  The latter of which are so iconic that they're part of the design of the official Family Circus website and have been endlessly parodied by other cartoonists.  This one above, in fact, I found in a Cracked.com article that proposed rather foul alternatives to some Family Circus captions (click link at your own risk)..

Here are more, some original, some parodies.  Click on any of them to make them larger, easier to read: 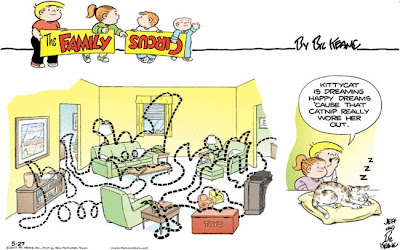 This one is actually an original... but given that the subject is essentially feline drug abuse, it could easily have been a parody. 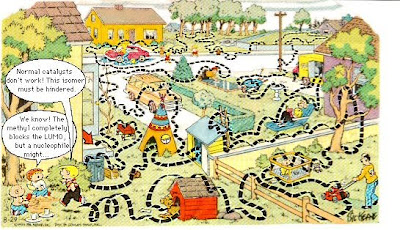 The art in this one is original, but the dialog, obviously, is not.  I've seen many, many examples of the art for this one posted all over the web, but either none of them has the original dialog, or the ovoid-headed kids are cropped out completely. 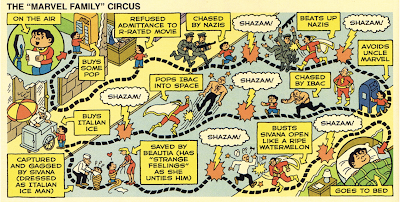 A parody involving The Marvel Family.

This one is a first-day-of-school original from 2001

Here's a parody from Pearls Before Swine creator, Stephan Pastis 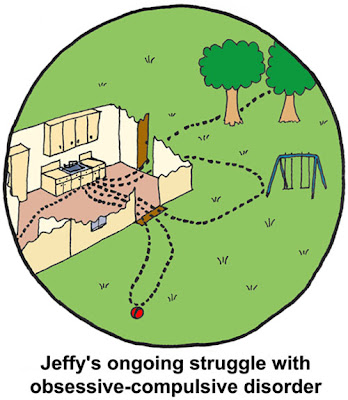 And another parody from Randall Munroe's XKCD.(the title-text at the original site: "This was my friend David's idea")

This one is kind of a self-parody original involving Sherlock Holmes, for some bizarre reason. 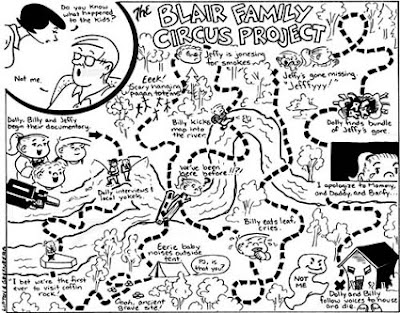 And finally a parody with a "Blair Witch Project" theme.