David O'Connell's Tozo is a rather popular webcomic that's got a rich story line and has been running for almost 5 years now. Like Girl Genius, it's in the Steampunk style and, also like Girl Genius, it takes place on an Earth parallel, in Europe.  The setting is a stand-in for Venice, but the papacy has headquartered there rather than Rome..... and there's something mysterious happening on the European mainland involving an asteroid.

Panel 2 there is the first glimpse of the map of Nova Venezia there is the offices of its ruler the Doge, Lady Celestine.... although this version of Venice doesn't quite look like ours.

She's scheming there against our hero, Detective Tozo, who is having a conversation with Professor Borello, who made him that little mecha-golem Klikker in that first panel, who was preceded by Tikker who the professor also made, but who ran off and became a spy for the resistance against the Spider Empire on the mainland. 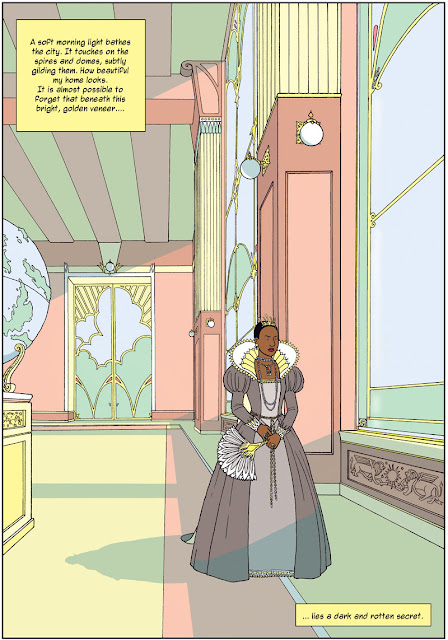 The Doge, Lady Celestine, resplendent in her palace... with her globe to the side.  This is the front page for Chapter 2. 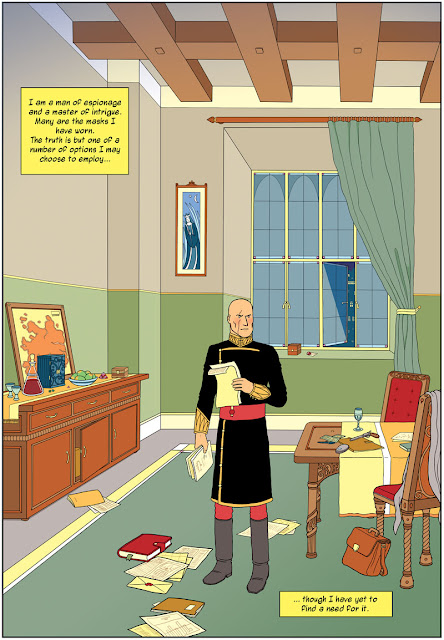 The evil Count Carlo on the cover of Chapter 3.  Note the map on the dresser to the left.

Part of the background story explaining The Shard, The Spider Queen, and so forth.  There's that map again.

Uh-oh! War has broken out between The Doge and the Papacy.  That's not good!

Read the whole story at Tozocomic.com