Some time ago we did a two-fer involving parodies of/homages to that iconic drawing by Saul Steinberg that was the cover of the March 29, 1976 issue of The New Yorker entitled "View of the World from 9th Avenue". One of the artists featured was and item from Ruben Bolling's "Tom the Dancing Bug" series with a "Post 9-11 View of the World from 9th Avenue" featuring ground zero in the foreground.

Today we have another example of Ruben Bolling's work, also from his Tom the Dancing Bug series, this time as commentary on the Citizens United Supreme Court case which ... has stirred up some more controversy of late (click to make it larger if need be: 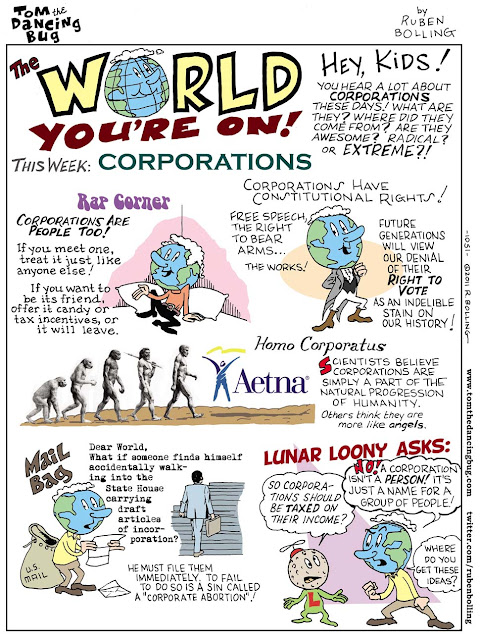