I'm going to do a round-up of the week's posts for today's Fail[/Win] Friday.  Since this week we covered both hurricanes and Libya I'll put up a collection of Libya and hurricane images from Failblog.org: 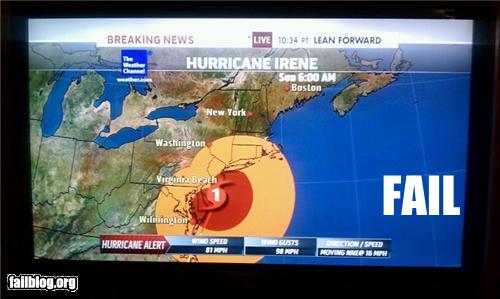 We'll do the hurricane first, wherein the hurricane was apparently so powerful that it relocated a number of major eastern U.S. cities.  Boston is now in Maine, Washington DC is in New York.  New York City is in New Hampshire, Virginia Beach is in New Jersey, and Wilmington is in Maryland. 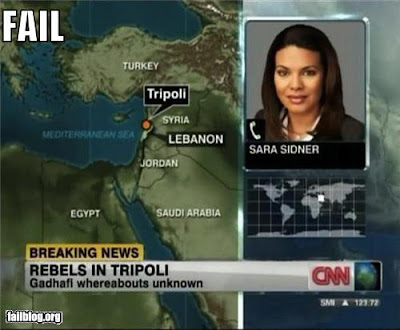 I suppose part of the reason the rebels can't find Gadhafi/Gaddafi might have to do with where they're looking for him? 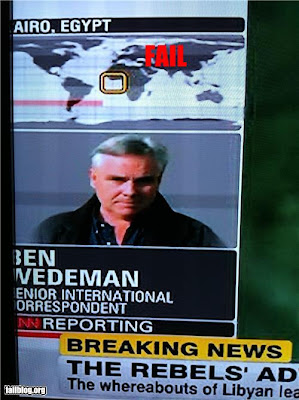 The labels on this one indicate that it also is Libya-related, though the map is supposed to be showing the reporter's location in Cario, Egypt... which it obviously is not.  This is, of course, another example of accidentally using the default coordinates on the digital map
Posted by Blue Sky GIS at 12:47 AM