Robert Weber had this published in The New Yorker in March of 1999... incidentally during the height of the dot com boom.  WWIII seemed a long way off back then.  Actually it still does. That was, however, around the time of the "Wag the Dog" movie/book.so maybe that's kinda what he was tapping into? 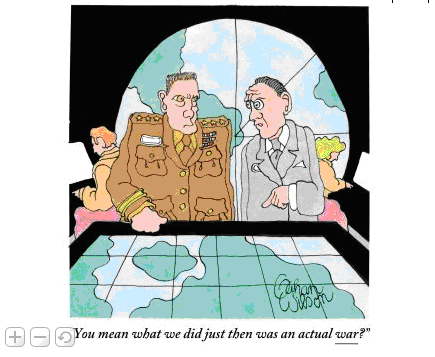 Meanwhile Gahan Wilson had this similarly-themed cartoon in The New Yorker in January of this year.  The similarities are interesting.
Posted by Blue Sky GIS at 12:47 AM